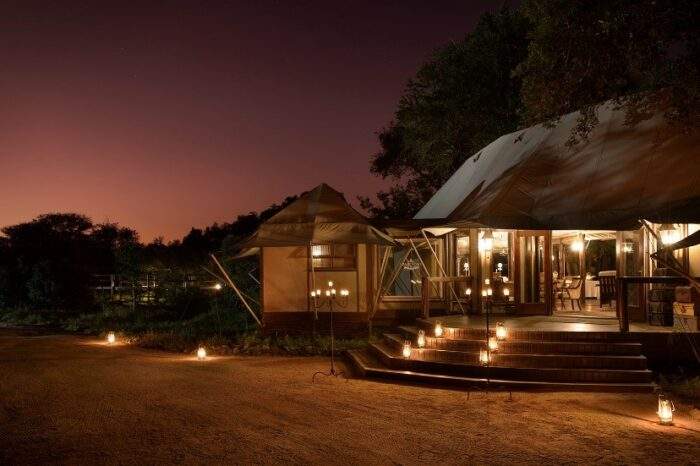 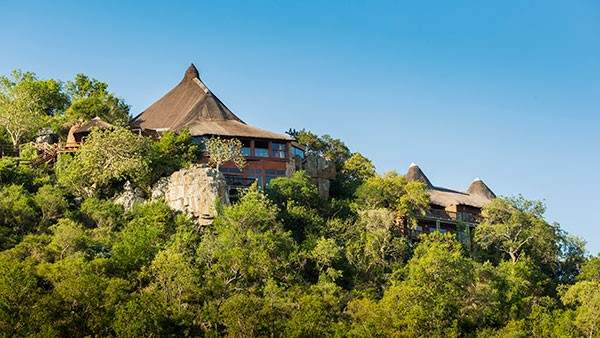 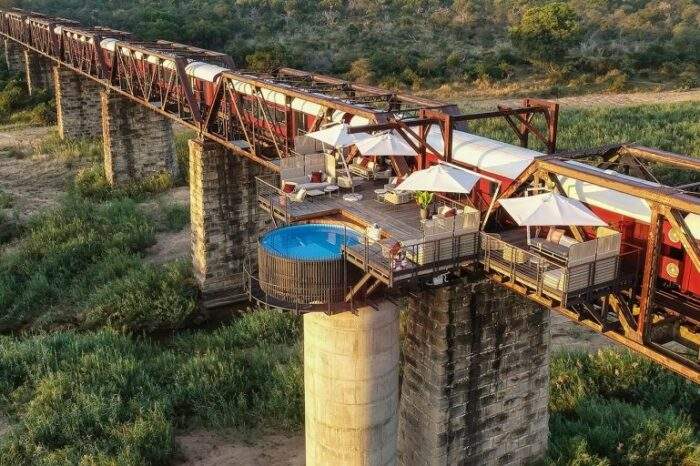 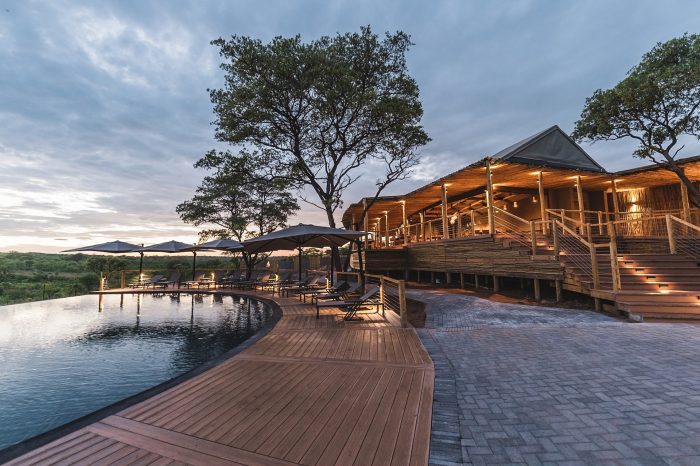 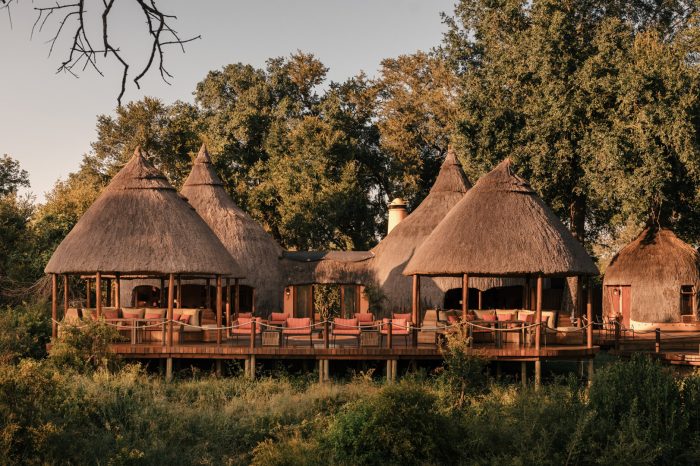 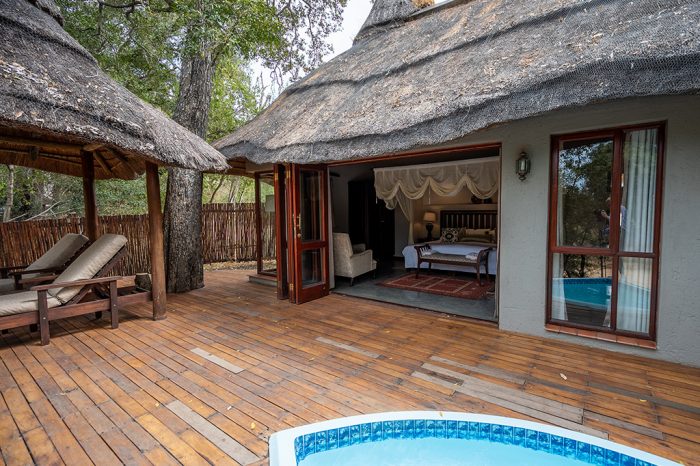 Kruger National Park is one of the largest game reserves in Africa. It covers an area of 19,485 square kilometres (7,523 sq mi) in the provinces of Limpopo and Mpumalanga in northeastern South Africa, and extends 360 kilometres (220 mi) from north to south and 65 kilometres (40 mi) from east to west. The administrative headquarters are in Skukuza. Areas of the park were first protected by the government of the South African Republican 1898, and it became South Africa’s first national park in 1926.

The park is part of the Kruger to Canyons Biosphere an area designated by the United Nations Educational, Scientific and Cultural Organization (UNESCO) as an International Man and Biosphere Reserve (the “Biosphere”).

The park has nine main gates allowing entrance to the different camps.

The park lies in the north-east of South Africa, in the eastern parts of Limpopo and Mpumalanga provinces. Phalaborwa, Limpopo is the only town in South Africa that borders the Kruger National Park. It is one of the largest national parks in the world, with an area of 19,485 square kilometres (7,523 sq mi). The park is approximately 360 kilometres (220 mi) long, and has an average width of 65 kilometres (40 mi). At its widest point, the park is 90 kilometres (56 mi) wide from east to west.

To the north and south of the park two rivers, the Limpopo and the Crocodile respectively, act as its natural boundaries. To the east the Lebombo Mountains separate it from Mozambique. Its western boundary runs parallel with this range, roughly 65 kilometres (40 mi) distant. The park varies in altitude between 200 metres (660 ft) in the east and 840 metres (2,760 ft) in the south-west near Berg-en-Dal. The highest point in the park is here, a hill called Khandzalive. Several rivers run through the park from west to east, including the Sabie, Olifants, Crocodile, Letaba, Luvuvhu and Limpopo Rivers. 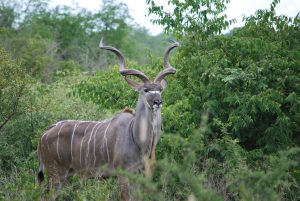 Distance from OR Tambo International Airport

Driving time and distance from OR Tambo International Airport in Johannesburg to the Kruger National Park is as follows:

The climate of the Kruger National Park and Lowveld is subtropical. Summer days are humid and hot. The dry winter season is the ideal time to visit this region for various reasons. There is less chance of contracting malaria and the days are milder. Viewing wildlife is more rewarding as the vegetation is more sparse and animals are drawn to the waterholes to drink every morning and evening.

Dry season – May to September – Winter

There is virtually no rainfall during the whole of winter and the humidity is very low. Animals are attracted to permanent water sources as water becomes scarce in the bush.

May – This is a transitional month and marks the end of summer. Temperatures are cooling down to typically 12°C/54°F in the morning and 27°C/81°F in the afternoon.
June, July & August – Morning game drives in open vehicles will be cold, so it’s advisable to pack warm, winter clothing. The average morning temperature is 9°C/48°F. Afternoons will be pleasant with temperatures around 26°C/79°F and cloudless skies.
September – The heat gradually builds to about 29°C/84°F in the afternoon and the first rains bring relief from very dry conditions. Mornings are less cold with temperatures around 14°C/57°F.
Wet seasons – October to April – Summer

It can be uncomfortably hot and humid in summer. Peak temperatures frequently reach well over 40°C/104°F, although average daytime temperatures reach 32°C/90°F with high humidity. It seldom rains all day, but the pattern is afternoon storms.

October & November – It gets warmer and starts to rain more often, mostly in the afternoon. Temperatures are between 18°C/64°F in the morning and 31°C/88°F in the afternoon.
December, January & February – These are the wettest and hottest months, characterized by torrential downpours in the afternoon and high humidity. Afternoon temperatures are usually around 32°C/90°F but can soar up to an unbearable 40°C/104°F.
March & April – Rainfall decreases and it slowly gets colder. April has lovely, clear weather and few clouds. The nights get a bit colder but are still pleasant at about 16°C/61°F. Daytime temperatures are around 30°C/86°F and the humidity drops.

The world-renowned Kruger National Park offers a wildlife experience that ranks with the best in Africa. Established in 1898 to protect the wildlife of the South African Lowveld, this national park is unrivalled in the diversity of its life forms and a world leader in advanced environmental management techniques and policies.

Truly the flagship of the South African National Parks, Kruger is home to an impressive number of species: 336 trees, 49 fish, 34 amphibians, 114 reptiles, 507 birds and 147 mammals. Man’s interaction with the lowveld environment over many centuries – from bushman rock paintings to majestic archaeological sites like Masorini and Thulamela – is very evident in the Kruger National Park. These treasures represent the cultures, persons and events that played a role in the history of the Kruger National Park and are conserved along with the park’s natural assets. So why rush? Stay Longer, See More!

All the main rest camps have day visitor areas. There are also many picnic spots and other visitor get out points distributed throughout the park. At the picnic spots visitors can (for a nominal fee) hire gas skottels (outdoor elevated frying pans) to cook meals on. These pans are cleaned by the attending staff, thus meaning people don’t have to worry about carrying cumbersome and greasy pans in their vehicles.
There is a maximum threshold of vehicles that can enter the park daily. If this threshold is reached only visitors with pre-booked overnight accommodation will be permitted access.

Such situations tend only to arise in extreme cases such as public holidays.

There are so many creatures to see and sightings of rare species can be the highlight of your trip!

Kruger Park lies in a malaria zone, but there is only a very small risk in the wet summer months (from October to April). At this time, malaria is a health concern and you should take measures to protect yourself by wearing appropriate clothing and applying mosquito repellant. Seek medical advice regarding antimalarial medication options.

Winter in the Bush (April to Oct) can be quite cold during your morning and evening game drives. During this time it is advisable to pack a warm flease, gloves, hat and scarf.

Our customer support team is here to answer your questions. Ask us anything!
👋 Hi, how may we assist you with exploring your next hidden Gem of Africa?
Hi, how can I help?